You are here: start » using-the-cluster

This is an old revision of the document!

How to Connect to the Cluster

In order to launch computations on the HPC or even just to view files residing in its storage infrastructure, users must use the SSH protocol. Through this protocol, users gain command-line access to the HPC from an SSH client software installed on their own machine (e.g. a laptop, desktop or smartphone). Depending on the operating system you are using on the computer from which you want to establish the connection, the procedure differs:

Those operating systems are part of the large family of UNIX systems, that almost invariably contain an already-installed SSH client, most often some flavor of the OpenSSH client. Just open a terminal emulator and run the command ssh username@hpc.ilri.cgiar.org, where your replace username with your own username on the HPC (as communicated by the person who created your account there).

If the above doesn't work, then you probably have to install an ssh client. It suffices to install the SSH client only, no need for the SSH server: that one would be useful only if you want to allow remote connections into your computer. For instance, you can read about instructions to install openssh-client on Ubuntu GNU/Linux.

The cluster is arranged in a master/slave configuration; users log into HPC (the master) and use it as a "jumping off point" to the rest of the cluster. Here's a diagram of the topology. For each server, we mention the number of CPUs and the year it was commissioned: 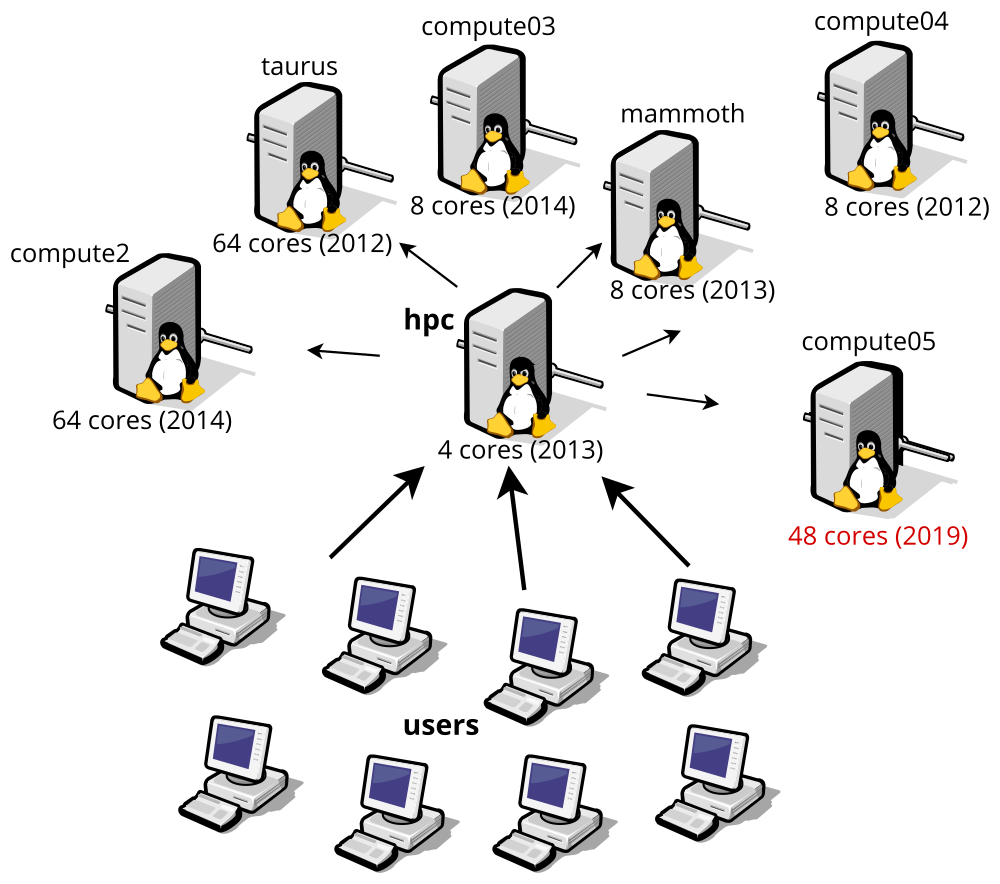 At the moment we don't backup users' data in their respective home folders. We therefore advise users to have their own backups.

Except where otherwise noted, content on this wiki is licensed under the following license: CC Attribution-Noncommercial-Share Alike 4.0 International